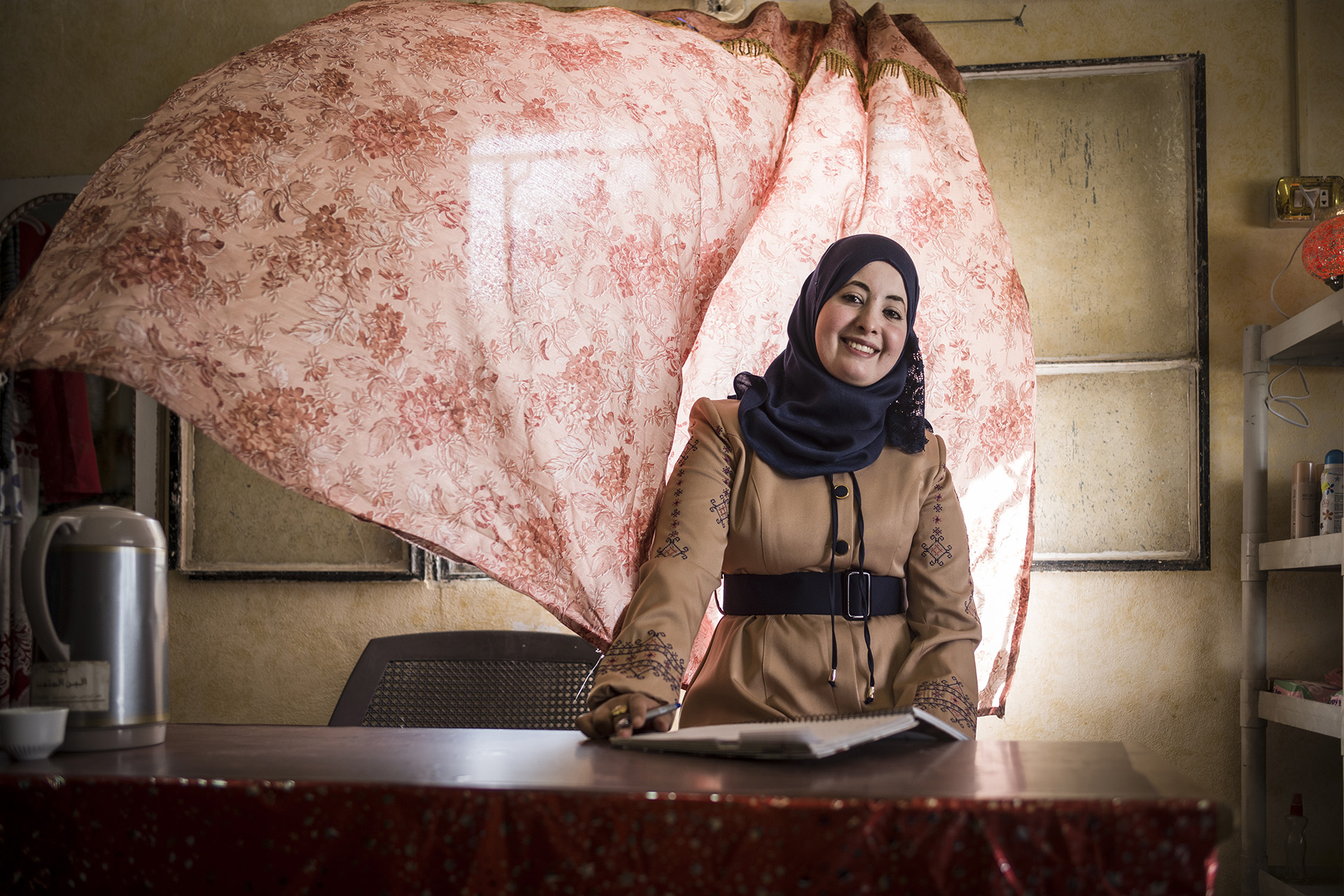 Asmaa is from Jordan and lives in Mafraq, a town located just a few kilometres away from the Syrian border.

In four years, Mafraq has seen its population more than double due to the influx of Syrian refugees. After separating from her husband, Asmaa moved back in with her parents and started a business.

As a single mother and owner of a small shop, she once struggled to provide for her family. “It was difficult at first, because I did not have enough capital,” she shares. “My shop had few items for sale.” However, she never gave up on her dream of running a profitable business.

I tell women that they can work, just like men. I’ve never met a woman who did not want to work. Women should not back down because of society.

With a little financial help and a lot of perseverance, she managed to turn her life around and put all the hardships behind. Asmaa is strong, driven and she is the biggest advocate for women’s rights. Despite the obstacles that stand in women’s way and a society that can hinder their emancipation, Asmaa believes that through hard work, women can achieve anything. “I’d like to tell them to step up, and work, they will succeed,” she concludes.