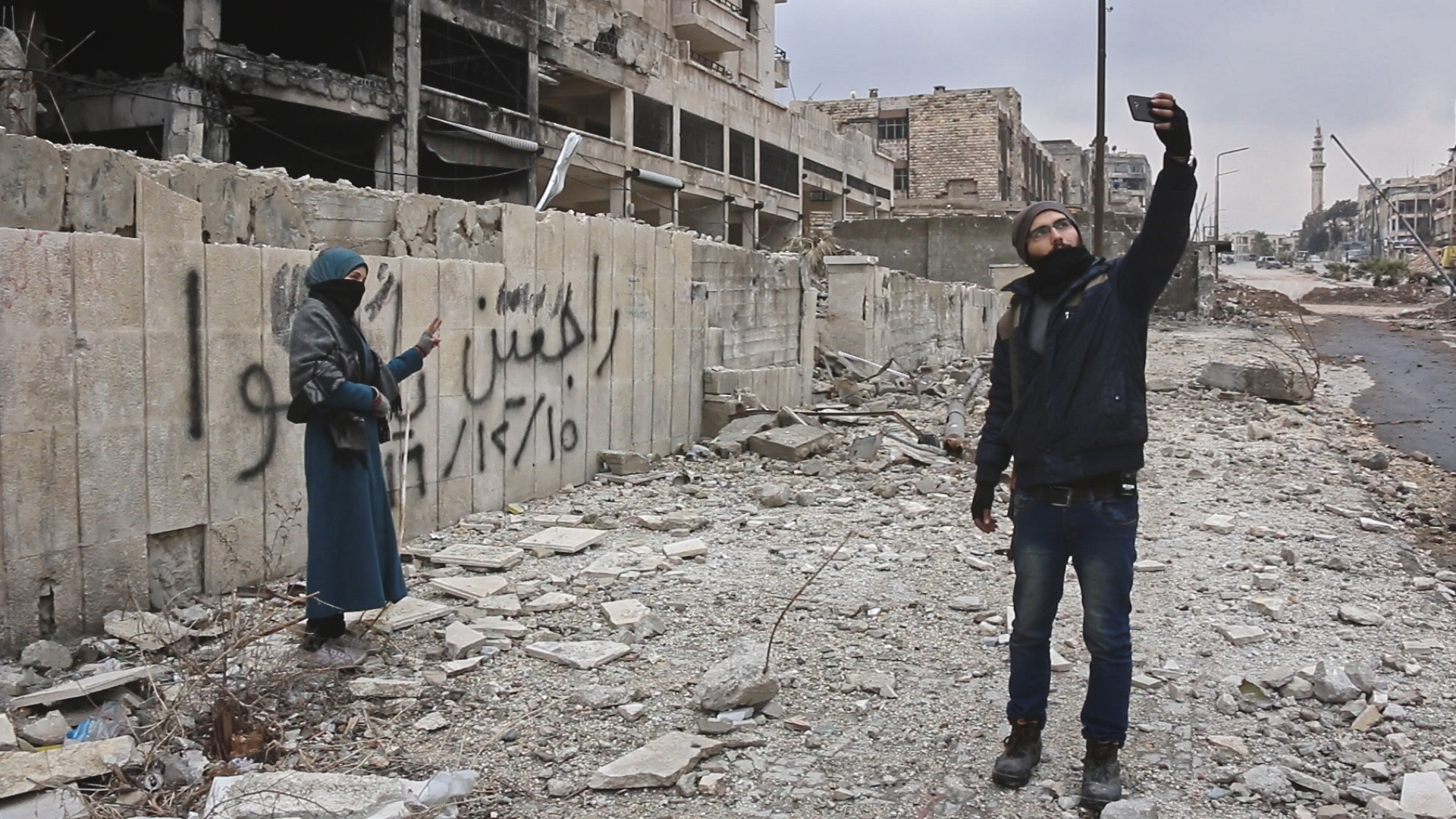 Marwa is a schoolteacher from Aleppo. During the siege, she meets Saleh, a citizen journalist who is documenting the war. The two fall in love and decide to get married. Soon after the Assad regime reconquers the city, its inhabitants are forced to evacuate under Russian auspices.

Everything is destroyed. It should be documented. The guys from our Media Center al-Burak put on GoPros and film everything. They've filmed all the destruction in Aleppo. We've filmed it all.

Like many others, Marwa and Saleh leave Aleppo in the infamous green buses to be relocated in Idlib. This short film by Syrian filmmaker Hasan Kattan follows their journey of endless displacement.

“We will return, my love”

When they become parents, they realise that it is impossible to raise a child in such dire, violent, and uncertain conditions. They decide to leave once again, this time for Turkey.

The story follows their hazardous journey - will they find a safe haven to start a new life and build a future for themselves and their baby? Like too many Syrians, they feel there is no place left for them on Earth.

We will return, my love  by Hasan Kattan