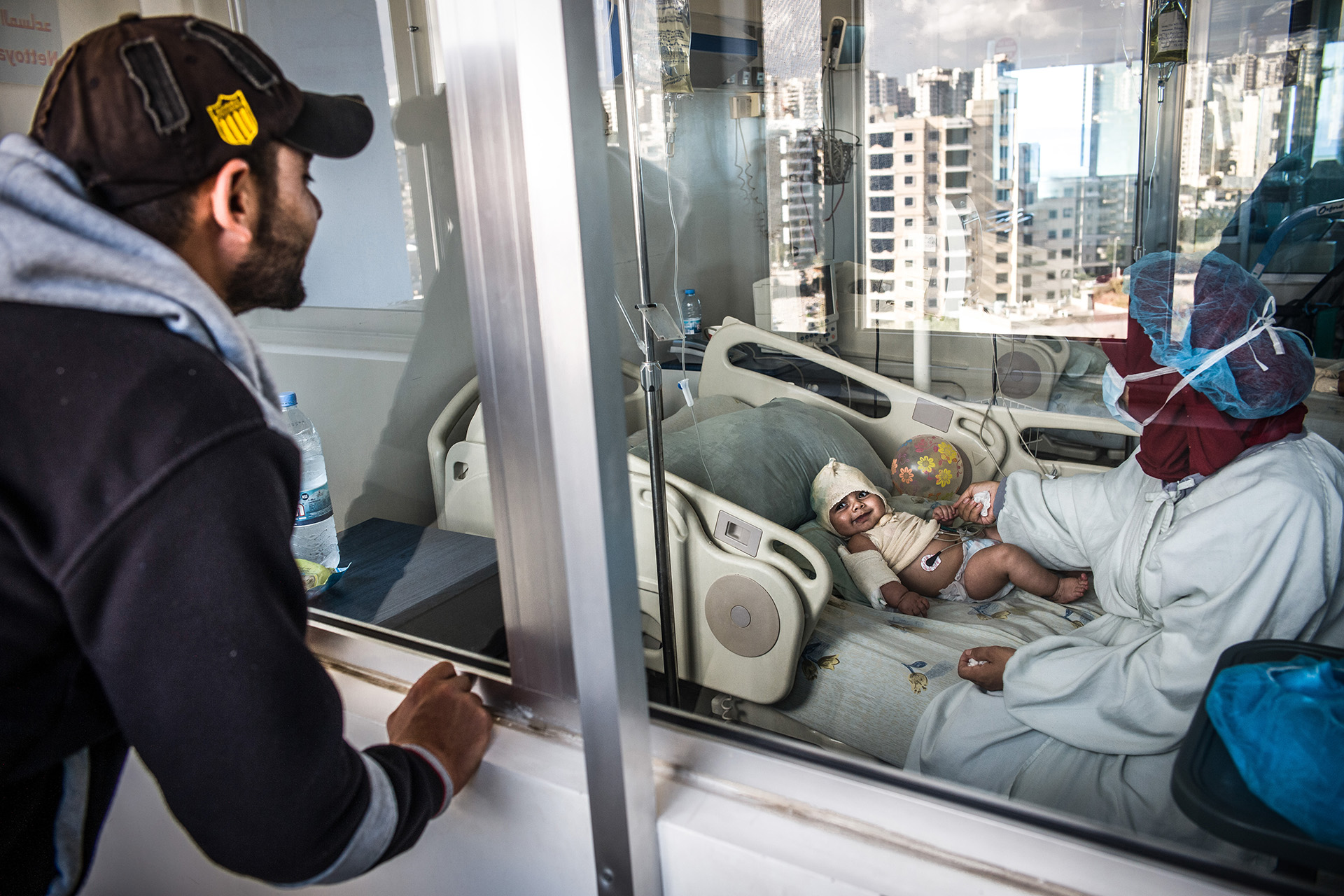 Omar was born in Lebanon, the first child of Syrian refugees who fled the war six years ago. During a domestic fire incident in Akkar, northern Lebanon, the four-month-old baby was severely burnt and was rushed to a hospital in Tripoli.

“The accident took place around noon. I went out to get some bread and when I came back, the tent was on fire”, explains Ghusun, Omar’s mother. “We took him to the hospital and stayed there for a whole month. I was with him all the time and it was hell. His head was hurting a lot.” Four months later, Omar’s recovery has given his family new hope.

Thank God, things are getting better, his health is improving. All I want for him is to recover. I don’t want anything else.

However, in a country where the majority of Syrian refugee families live below the poverty line, access to basic needs, such as health care and food, remains a serious concern. His needs and the ones of his family are still considerable. “Omar needs medication but honestly, I don’t have the money for it,” says Mohammed, Omar’s father. “Life is hard here. There are no jobs. The only available ones are for women, and they offer minimum wages. They pay $1 per hour and it’s not even enough to buy bread.”