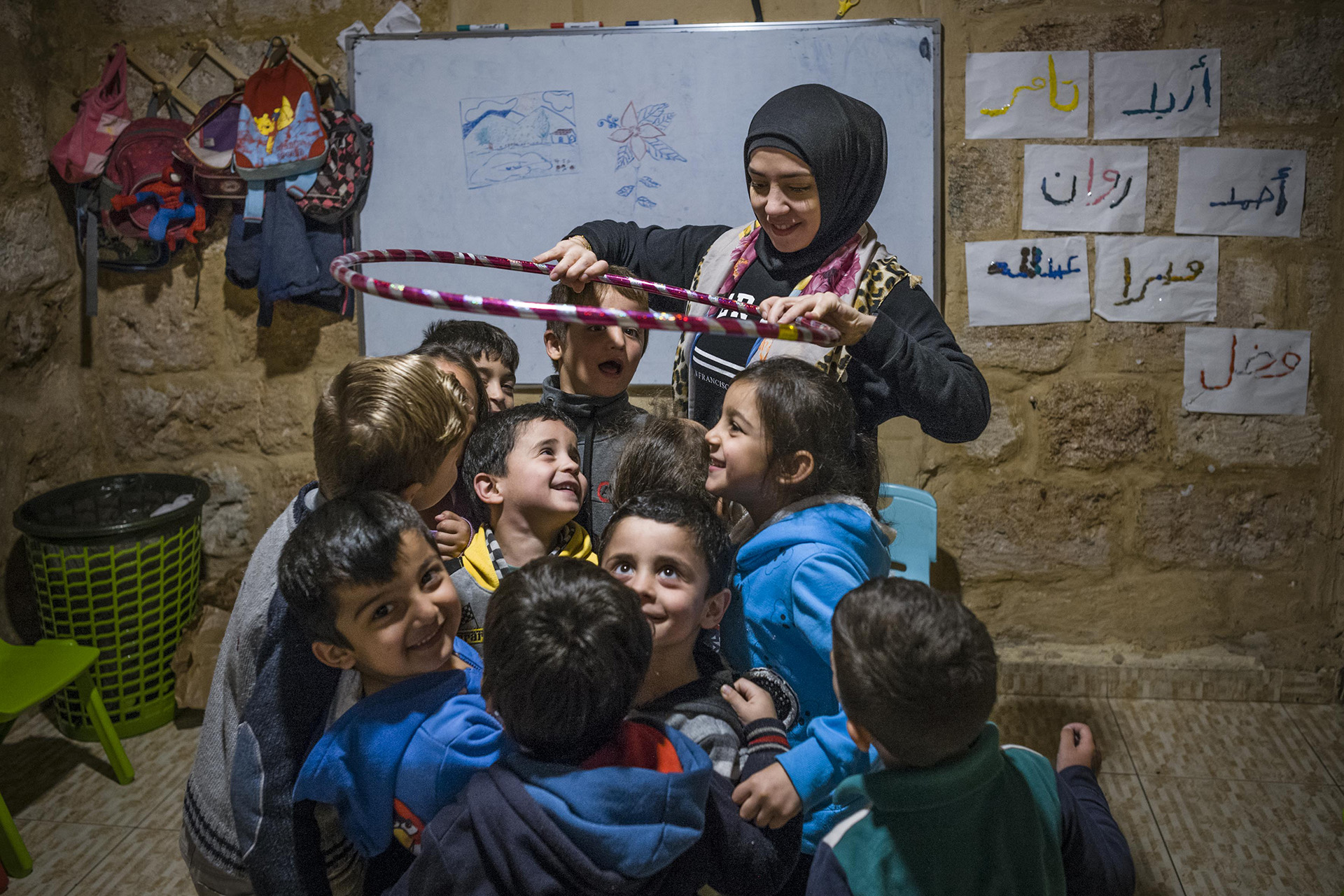 Mhammad is 3 and is from Syria. He now lives in Tripoli, Lebanon with his father Mustafa and his sister Maryam, 5.

When they arrived in Lebanon, and due to the fact that Mhammad was born one month before the official date, he could not be enrolled in the official school system. “My son could not be admitted to a state kindergarten, but I simply couldn’t let him stay at home for another year. He needed to mix with other children, learn things and feed his brain,” Mustafa explains. For him, education is a fundamental right for every child.

We need to learn… people should learn whatever it is they want to become (doctors, engineers, lawyers, …) so they can serve themselves and other people. Humans should learn, that’s in their nature! Education and knowledge will help them in all aspects of life.

Mustafa really wants for his children to become valuable members of the society they live in. While Maryam attends kindergarten, Mhammad follows informal education activities that will help his integration in the official education system.