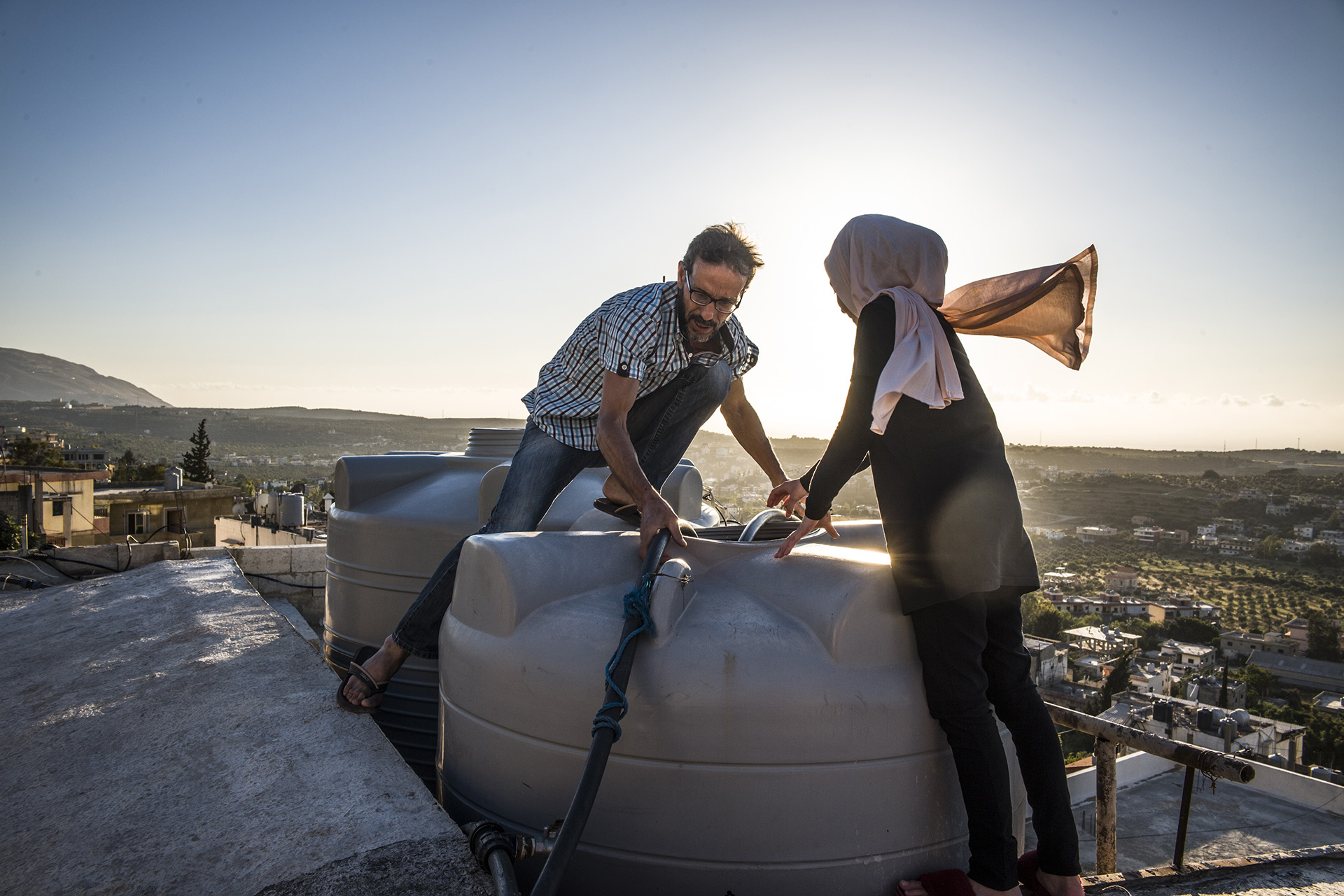 Maher is from Homs, Syria and he is 49 years old. He came to Lebanon with his wife and 5 kids and settled in Berkayel, Akkar.

Maher made the decision to seek refuge in Lebanon to protect his family from the war that was raging in his homeland. “Bombardment started and our house was destroyed and I feared for our safety and the safety of our children, so we decided that seeking refuge in Lebanon would be the best and safest solution.” Lebanon was a familiar territory for him as he had worked and lived there in his youth. However, life dramatically changed for him and his family when they had to relocate.

They used to live comfortably back in Syria where they owned a home and Maher worked in construction. He was able to guarantee a good life for his family. The things they could afford and took for granted became a luxury. "In Syria we used to shower every day, us and the kids, here we could only shower twice a week to save water”, he explains.

The cost of living is high and with no fixed income, it is very hard for them to get by. They live in a region where water is scarce. In addition to all the costs they already have, they also had to buy water every month which put a big dent in their budget and forced them to make changes in their lifestyle.

A rainwater collection system was installed in their home which helped to cut costs. With the money they save, they are now able to address other basic needs.

Since it was installed, right before the winter, we started to really benefit from it. We never have water shortages anymore.

“Lebanon and its people have been putting up with us even though they have their own problems”, explains Maher. “The country is under a lot of pressure, especially now with all the refugees. You have the Palestinian refugees and now add to that the Syrians and other people coming from abroad. I would definitely leave Lebanon if I get the opportunity to go abroad but, for now, going to Syria is not an option and there is still fear for my children and for myself.”