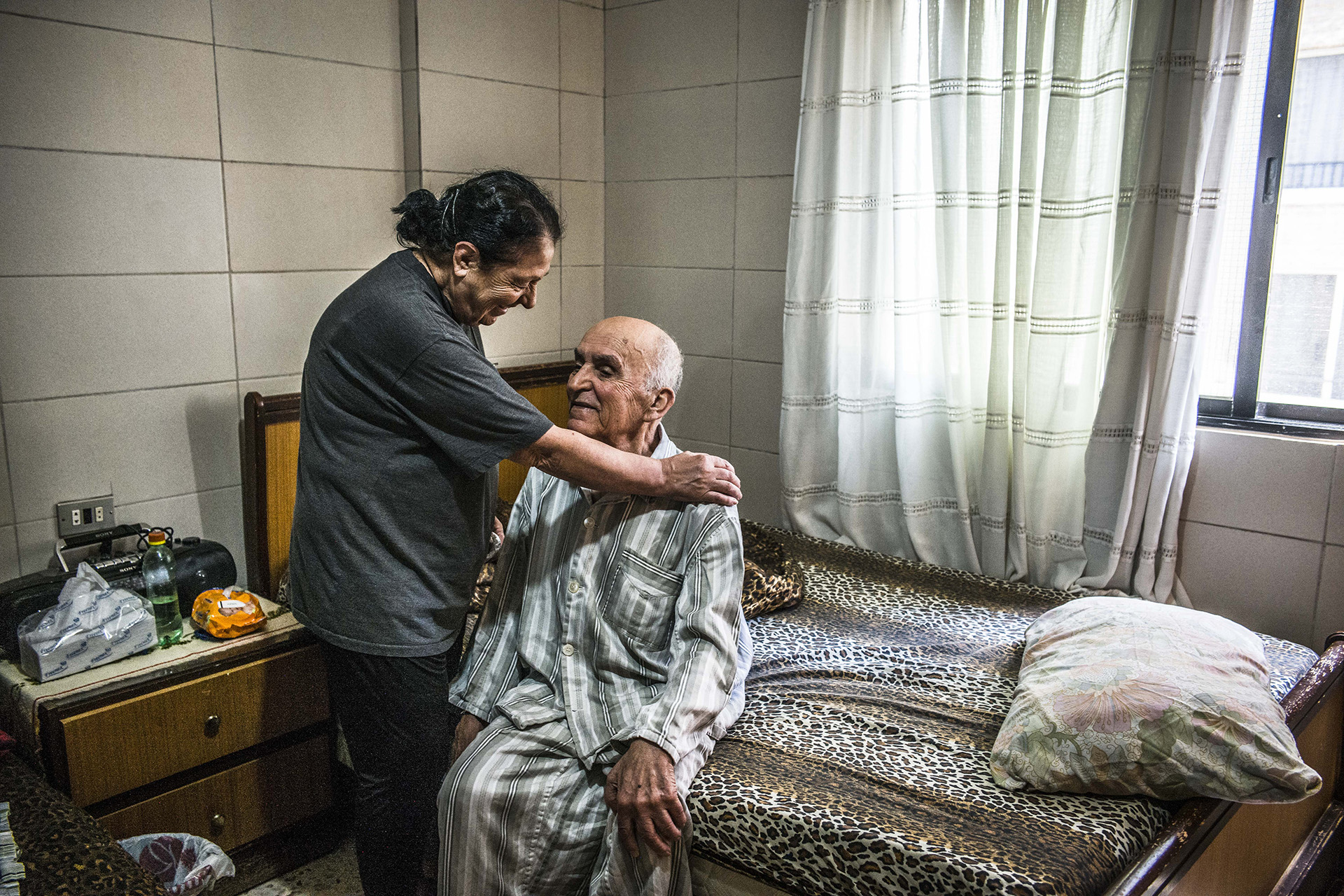 Lulu is 72. She is Lebanese and lives with her husband Mahmoud, 85, in the area of Hazmieh, Lebanon.

Mahmoud has been suffering from diabetes. One day, something went wrong and Mahmoud’s blood sugar levels skyrocketed causing him to collapse. “I got really scared.” says Lulu. “I called the Red Cross to take him to the hospital. They arrived really quickly.” Lulu is grateful because the speed with which her call for help was addressed saved her husband’s life.

I would have had to take him in a taxi or call the firefighters, but I don’t know if they would have made it so quickly.

More efficient emergency services are, sometimes, all is needed, together with investing in developing a support system for both patients experiencing difficulties and staff and volunteers lending that support. “When I called, they immediately got here and did first aid, put him on the stretcher and took him to the ambulance. They drove him to the hospital and made sure he was taken care of. They told me to call them if I needed anything… he would have gone into a coma or got partially paralised, hadn’t they arrived so quickly,” says Lulu with a smile.