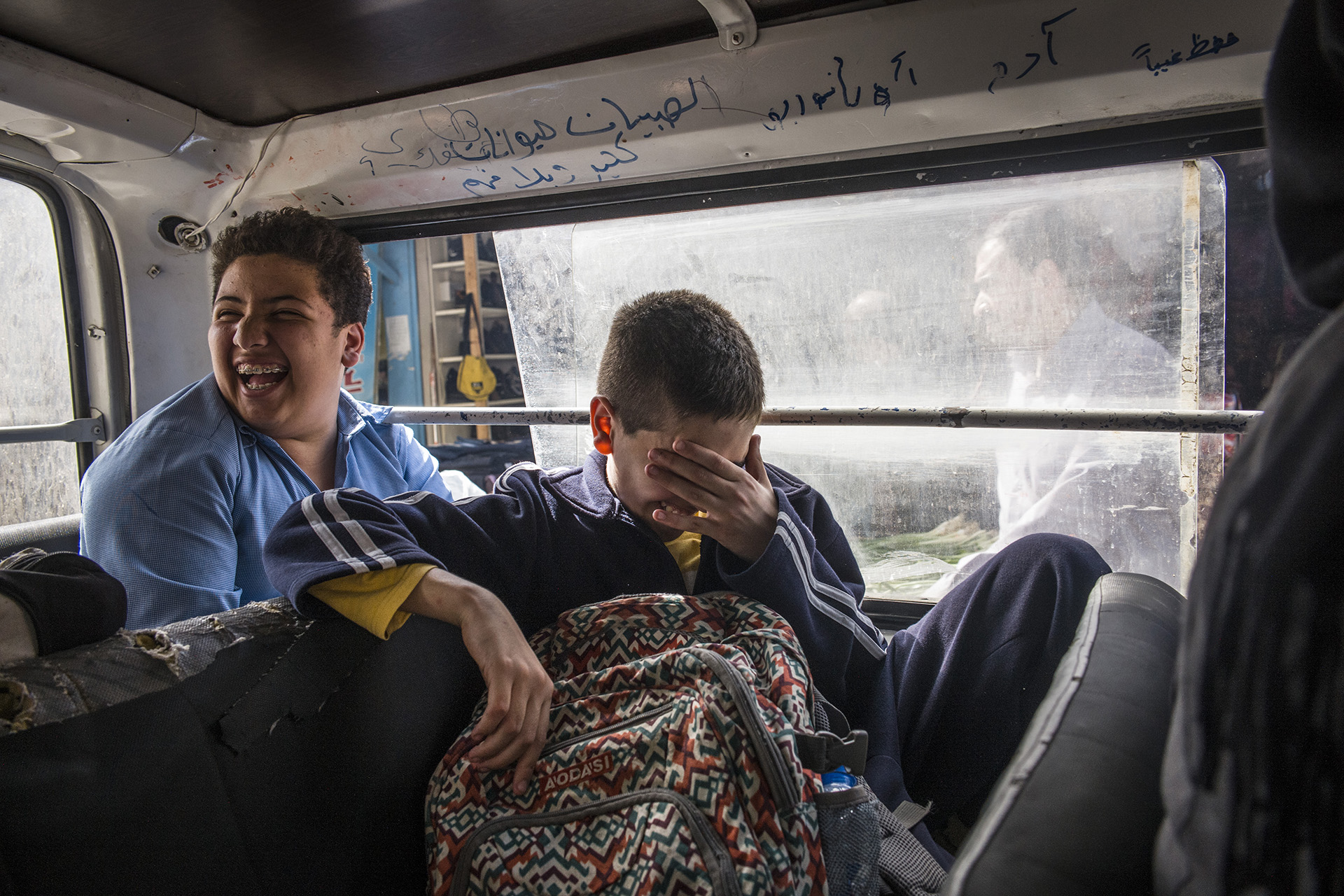 Huthayfa, 14, is a Palestinian from Syria, raised in the Yarmouk neighbourhood of Damascus.

When his camp was bombed, Huthayfa fled with his family and settled in Shatila, Lebanon. “When the camp was bombed, we left,” he explains. “We took some clothes and some other things with us. We first moved to another location in Damascus for a year, then we came here. We did not have much of anything back then. Everything was new for us – it was the first time I washed with salty water, the electricity went off often – but we coped.” The young teenager lost valuable years of schooling as a consequence, but is now back to education and is determined to succeed.

I took up third grade part way through. It was a bit difficult in the beginning, but I quickly learned to cope. Everything went well. Now, I’m in seventh grade and I am top of my class.

In the future, Huthayfa hopes to become a doctor and go back to his home country. “I would like to go back to Damascus. If I do so, I hope that everything will be as it used to be. I’d like to go back home, to a home where there is no bombing or shooting.”