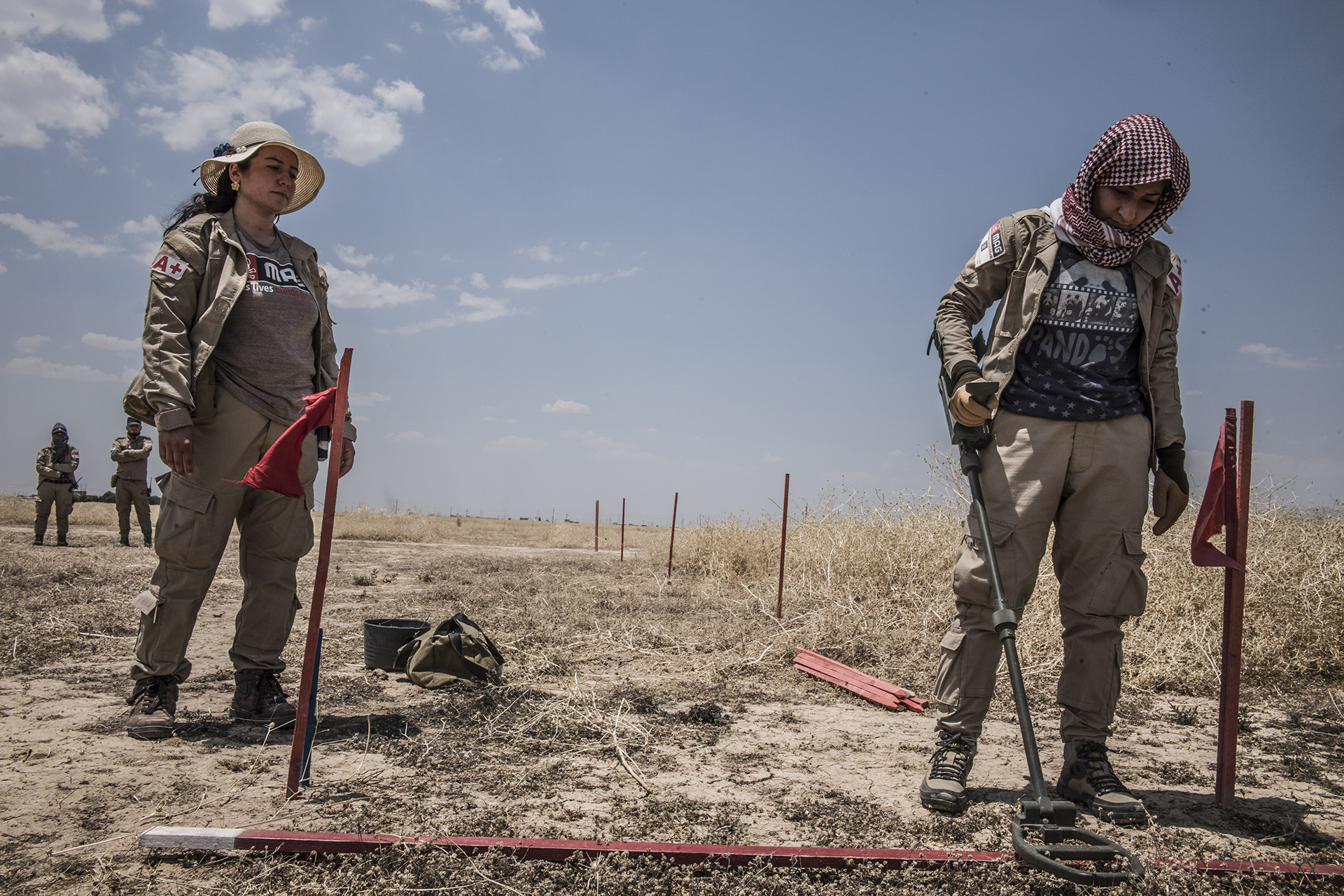 Henna, 28, is from Sinjar, north of Mosul, Iraq. She is part of the Yazidi-Kurdish community, which, amongst many others, has gone through an unspeakable ordeal during Daesh’ occupation.

Henna has one of the most important jobs in post-Daesh Iraq: identifying and clearing unexploded devices. It takes a second. A silent, almost inaudible click. And then nothing. Team 108, which she leads every day, scans the ground for undetonated mines, regardless of sun, storm or harsh wind. It saves the lives of those who still live in fear of the utter terror and destruction that was brought to their land in the blink of an eye by Daesh. “They definitely did not spare a thing when they attacked us. Nothing! Anything from rape, demolition, damaging the economy, murder, destruction, robbery! Even now that they are gone, we can see their traces,” says Henna. Return to normalcy will take time, but Henna and her team take all the risks linked to such a complex job to help their people strive once again.

Our people are now going strong. They are more courageous. Especially women who accept to do such a risky, difficult job. All after the agony they went through.

Henna and her community are hopeful: “our job is extremely dangerous but we cope with it. I sure know nothing about the future… I only hope for it to be better than now and the past,” she says.