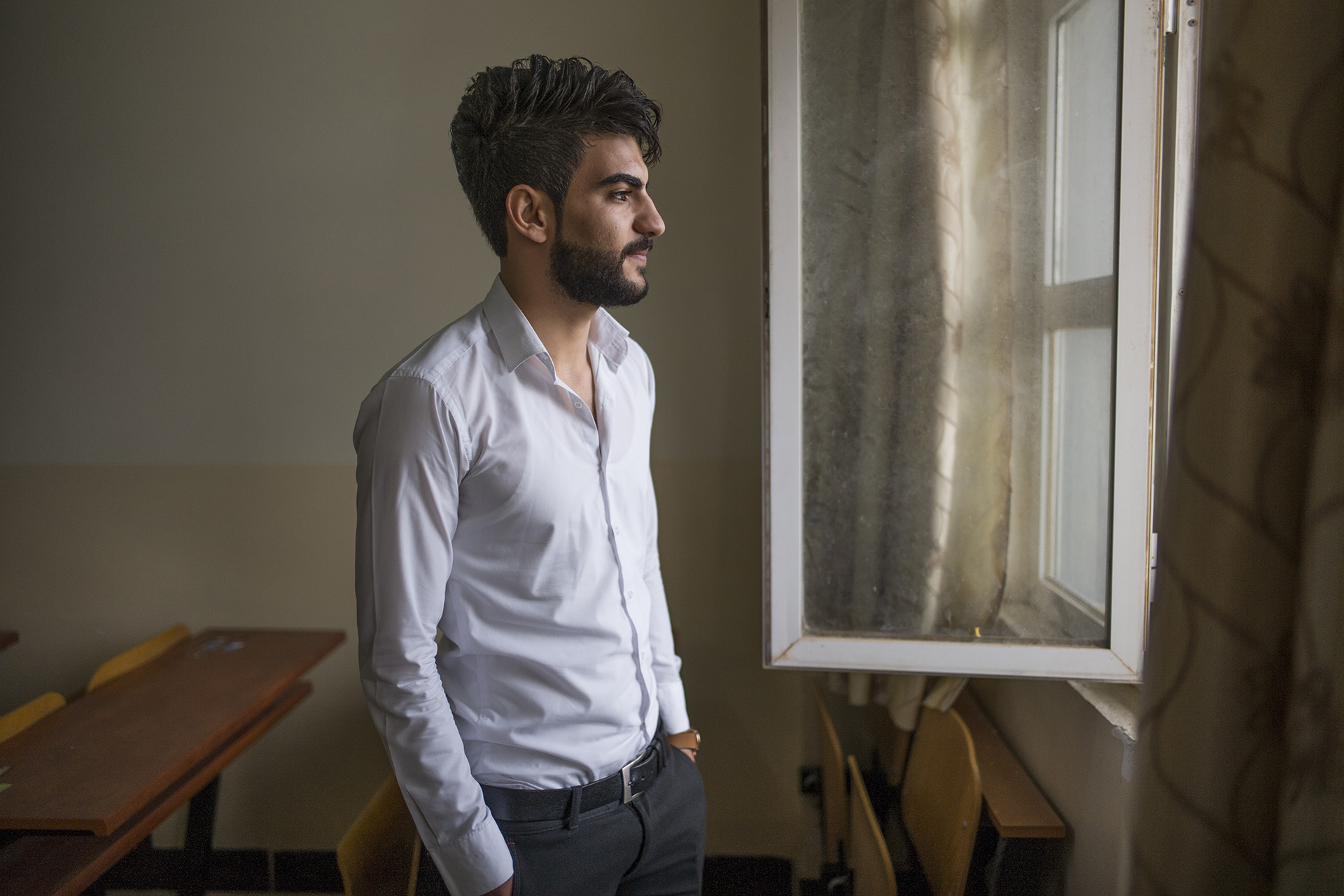 Ahmad Hewa is a 21-year-old Syrian student who had to relocate to the Kurdistan Region of Iraq after high school. His life was turned upside down and he had to leave his family behind. Adapting to his new reality became a priority and so he was forced to put his studies on hold and find a way to survive. Despite moving around and doing small jobs for a few years, he never lost sight of his dreams and kept trying to get into university.

When I first came here, I had in mind I wanted to study. I tried to get a scholarship but I couldn’t. I wasn’t accepted. So I tried to work. It worked day by day, but barely. Until I was accepted at university.

He applied for scholarships but got rejected on two occasions. Undeterred and determined to achieve his goals, he applied a third time and his efforts finally paid off. “I didn’t study for three years. I wanted to study immediately but I didn’t get in. This is what pushes me to get good grades. I want to have a certificate with high grades, so I can use it to work one day.”

Ahmad is now studying programming at Bayan University. His biggest wish is to become one of the best programmers and, most importantly, to be reunited with his family. Everything he does is for them and he is their biggest pride.